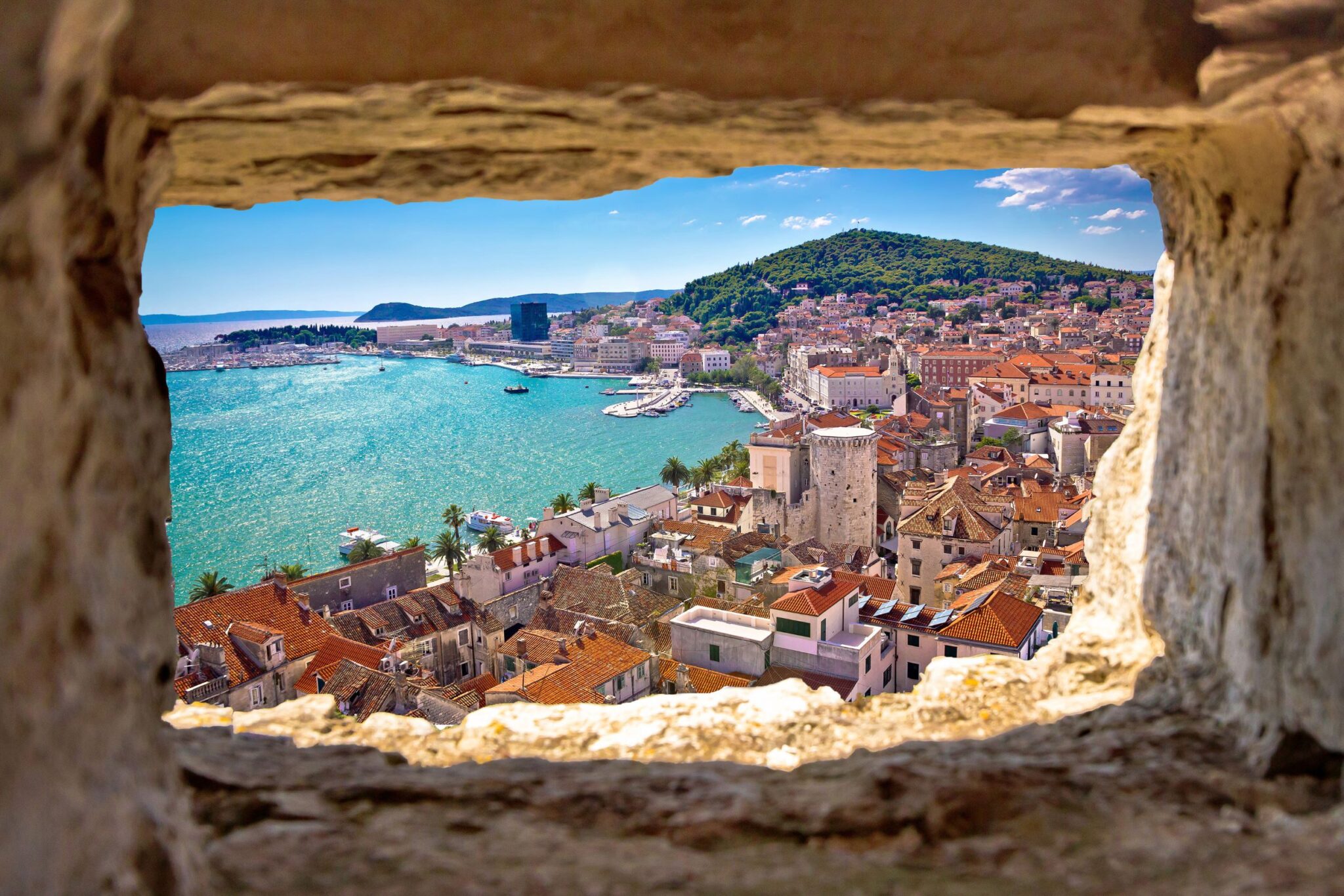 As with most culturally significant locations in Croatia, the history of Split is one of rich variety and intriguing stories. The city’s most notable historic monument comes in the form of the ancient Diocletian Palace, but Split’s compelling history extends far beyond the walls of this magnificent structure. From the Ancient Greeks to WWII, Croatia’s famous port city has witnessed some of the greatest moments in world history.

Although Split is renowned for its grandiose structures of Roman origin, it was in fact the Greeks that originally settled here. The city was no more than a humble settlement named Spálathos, strategically placed a short distance from Salona (modern day Solin), until Rome conquered the area following the Illyrian Wars during the 3rd century BC. After this the story of Split fell into a fog of obscurity for a number of centuries.

Tales of the city began to emerge again in historic scriptures around the end of the 3rd century AD, some 600 years later. It was then that the Roman Emperor Diocletian was seeking out the right spot to build a retirement palace near Salona. He settled on Spálathos and began to build the city’s most significant structure to date.

Under The Rule Of Roman Emperors

The Diocletian Palace was constructed over a period of ten years and its opulence still reigns supreme among rival structures within the city. Although it has adapted in accordance with the influential eras that have passed through over the ages, there are still some original remnants of the palace still standing today. This includes the Temple of Jupiter and an ancient Egyptian sphinx – the last remaining of the original twelve that Emperor Diocletian raided from Egypt around 297.

Following his death, the palace – which was built like a typical Roman military fortress – became occupied as a second home by a number of his successors. That is until the early 7th century, when a successful siege by local nomadic tribes on nearby Salona saw survivors flee to the palace for protection. The new residents, in making the structure as close to appropriate accommodation as they could, left behind some of the most intriguing subtle features remaining in the Diocletian Palace to this day.

The city later found its way into the hands of the Byzantine Empire during the 9th century. Thanks to the area’s rise in population during this period, Split saw an increase in the number of homesteads appearing within the walls of the Diocletian Palace. This was when the city’s charming variety of architecture began to amass, bringing with it an array of antique structures that bring the history of Split to life.

This was also the era that saw the creation of the city’s popular People’s Square, which would later have eye-catching Venetian architecture erected along its sides. The strong Christian influence of the Byzantine Empire can still be felt in modern day Split, with churches being built across the city’s center. Interestingly, the Emperor Diocletian’s mausoleum actually got transformed into a cathedral during this period in the city’s history.

In 1069 Dalmatia, and ultimately the city of Split, fell under the rule of Kresimir IV, making it subject to Croatia’s King but retaining its own autonomy. This led to a subsequent influx of Croatians populating the city.

As with most of Croatia’s coastal settlements – including Dubrovnik – Split fell under the rule of the Venetian Empire at the dawn of the 15th century, ultimately leading to the loss of its self-governing rights. This new regime became a factor in Split’s rise as an influential Mediterranean port, bringing great wealth and influence to the coastal city.

Much of the Venetian architecture built in the city during this period still remains. With the influence of the Venetians came an array of great creative minds during the era, including Juraj Dalmatinac, who is renowned by many for having brought renaissance sculpture to Croatia, and Marko Marulic, who is heralded as one of Croatia’s greatest poets. The era was also where much of Split’s iconic gastronomic influences emerged from.

As with the rest of Dalmatia, Split had to build fortifications in the 16th century to defend against the encroaching Ottomans. Records show that they stood in a domineering star formation around the city’s borders. One example of this that can be seen today is Fort Gripe, which was impressively constructed over just eight months. The fortifications held strong and this allowed for a wealth of baroque architecture to be built – a symbol of Croatian influence that still stands strong today.

From Napoleon To Yugoslavia

After four centuries of Venetian rule, Split changed hands from the Austrians to the French and back to the Austrian Empire following the fall of the Napoleonic Empire. However, the French ruler left his mark on the city, destroying many of its defensive structures and building a coastal road.

After the fall of Austro-Hungarian rule following the end of WWI, Croatia became part of what would later become Yugoslavia. Due to the Italian annexation of many of the Adriatic’s primary ports, Split once again became a site of great significance within the region as one of the only remaining port cities still functioning.

WWII saw Split come under the rule of the Nazi regime, with Italy taking power of the port city in 1941. However, it was also renowned for being one of Croatia’s main hubs of resistance against the Italian fascist regime, with assassinations of Italian officials occurring frequently during the war.

Following WWII, Split experienced another economic boom which saw mass migration to the city, giving it an alluring sense of variety and inclusion that has helped build its reputation as a tourist hotspot today.

If you would like to organize a historic tour of Split or perhaps incorporate a trip to the endearing coastal city into your Croatian journey, contact our team of travel specialists and start planning your dream vacation. 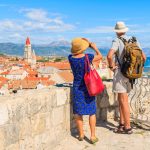 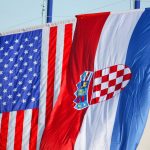