The History Behind Croatian Currency

The History Behind Croatian Currency

Although a member of the European Union, Croatia still uses its own currency – the Kuna. Expect to see this abbreviated as “kn” in many shops.
Croatia’s close relationship to it’s natural resources can be seen in the naming of their currency. The name Kuna is a local forest marten whose pelts were used for trade and to pay taxes during the Roman period. The marten appeared on medieval coins before giving its name to the new currency in 1994. Each Kuna can be broken down into 100 Lipa, which translates to Linden tree – a common tree that surrounded Croatian markets. 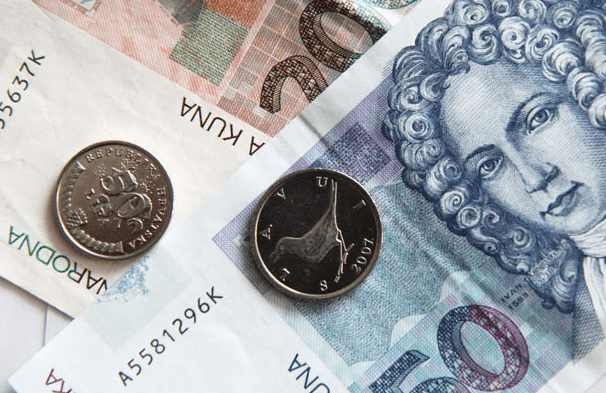 This currency has been circulated and used since 1994, and strongly resembles the final generation of Deutschmarks. Each bill (10kn and up) has it’s own main color with the front of the banknotes featuring a leading figure of Croatian history and culture. The back side depicts a famous panorama or motif of a Croatian town. Smaller denominations are coins – 1,2 and 5 Kuna being silver and the Lipa copper.

Click here to read how much to tip while traveling Croatia

It is interesting to see who the Croats chose to represent their culture so we will explore the history behind each denomination – beginning with our smallest bill, the ten kuna.

Front: Juraj Dobrila
Back: Arena in Pula
Juraj Dobrila was a Croatian bishop and an important political figure in the 19th century. He fought for equality between the Slavic and Italian population of Istria.
The Roman amphitheater in Pula was constructed during the 1st century A.D. and was built to hold gladiator fights. Nowadays, the arena is a place for concerts during the warm summer nights.

Front: Josip Jelačić
Back: Vučedol dove and the Caste of Count Eltz
Josip Jelačić was a Croatian royal military leader during the 19th century. He was an ardent fighter against the Hungarian government and dominance. You can find a statue of him riding a horse on Zagreb’s Main square.
The vučedol dove is a ritual ceramic vessel and famous emblem of Vučedol culture, excavated in 1938. Pictured behind, Eltz Manor is an elegant baroque building and former mansion of the Eltz family and is currently a symbol of the town of Vukovar.

Front: Ivan Gundulić
Back: Dubrovnik
Ivan Gundulić was a celebrated baroque poet from the Republic of Dubrovnik. Verses from his writing are traditionally used in the opening ceremony of the Dubrovnik Summer Festival in old city of Dubrovnik

Front: Ivan Mažuranić
Back: Church of St. Vitus in Rijeka
Ivan Mažuranić was a Croatian poet and politician in the 19th century. He was a former Croatian viceroy and writer of the most popular Croatian epic modern poem The Death of Smail-aga Čengić.
The Church of St. Vitus in Rijeka is a Romanesque church built in 1638 on the site of a medieval church and dedicated to the patron saint of the city Rijeka.

Front: Stjepan Radić
Back: building of the general headquarters in Osijek, 1726
Stjepan Radić was a Croatian politician during the first half of the 20th century. He was a defender of Croatia and founder of the Croatian People’s Peasant Party, which is still active today.
The former general headquarters and military building in Osijek was erected in the 18th century and is now the seat of the Agricultural Faculty of the University. In front of the building, there’s a monument of the Holy Trinity which was built in memory of plague victims from during the 17th and 18th centuries.

Front: Marko Marulić
Back: Diocletian’s Palace in Split and the figure of a Croatian ruler from XI century
Marko Marulić was a Croatian writer in the 15th century. He is also known as the father of Croatian literature and is still one of the most famous citizens of Split. His most known work is a poem called Judita that recounts a Biblical story of Judith. You will find his statue in many Croatian cities.
Diocletian’s Palace is the ancient palace of the Roman Emperor Diocletian and one of Split’s most popular attractions. Built between the late 3rd and the early 4th century A.D., the Palace is one of the best-preserved Roman structures in the world and was added to UNESCO’s World Heritage List in 1979. Interestingly, even today there are many inhabited houses and apartments inside the Palace walls.

Front: Ante Starčević
Back: King Tomislav and the Zagreb cathedral
Ante Starčević is considered the father of the nation. He was a politician who founded the Pure Party of Rights in the 19th century.
The Zagreb Cathedral is the largest sacred Croatian building. It was constructed in 1102, later destroyed by Tatars and then restored in the late 13th century. After the earthquake in 1880, architect Hermann Bollé gave it a new Neo-Gothic appearance, which it has to this day.

While there have been some modernization, the Croatian bills have only been slightly altered since 1994. Many of the figures seen on the bills have started to take their own place in pop culture. Croatian hip-hop band Tram 11 actually mentions the various important people depicted on the countries banknotes. Give a listen to their song, Croatian nobles (Hrvatski velikani) to see if you recognize any of the names of locations.
0
Adventures Croatia Travel Blog, Travel Planning, Travel Tips 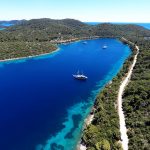 What to do on Mljet Island 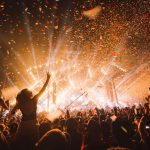