Secrets of the Colosseum in Pula 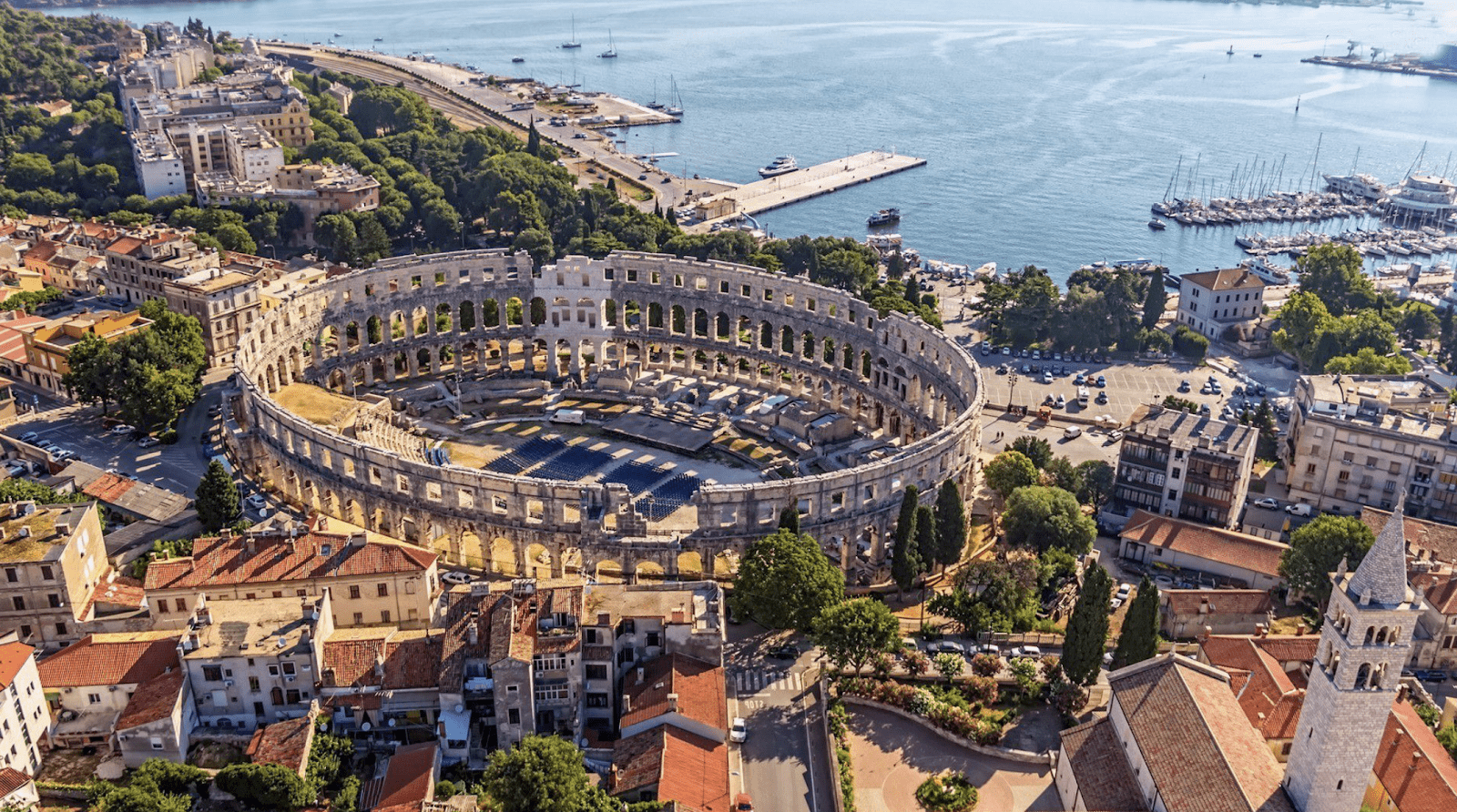 Secrets of the Colosseum in Pula

Often called the best-kept secret in Croatia, Pula is the capital of Istria – one of the four historical and cultural regions of the country.

Situated at the southern tip of the Istrian peninsula it’s a bustling coastal town, that boasts a protected harbor, fragrant pine groves, seaside cafes and a raft of great restaurants. With stunning views of the Adriatic and close to the Italian border (did you know that Istria was part of Italy during the interwar years of the early 20th century?), it’s a picture-perfect city with narrow cobbled streets and is perfect for cloistering yourself away and trying the local wine and superb seafood.

But dig a little deeper into the town’s long and storied history, and you’ll find that it has been occupied by Romans, Ostrogoths and Venetians, as well as the Allied Forces in World War II.

It’s the Roman Empire that has left the most visual and obvious mark on the city.

Part of our Croatian Charms Tour we provide entrance to this stunning elliptical stadium of the gods.

Picture the scene. It’s the first century AD. What was once an amphitheater constructed of timber is now an imposing limestone edifice, housing 20,000 screaming fans within its three, in-the-round tiers. Roman Emperor Vespasian looks on, surrounded by his entourage, dignitaries and the city’s local governors. Servants bring him local wines and meats as he surveys the raucous scene around him.

Vespasian gives his signal to huge roars from the baying crowd and two gladiators are led out into the arena. Swords smash against each other, and the sounds of gnashing metal on metal echo around the theater. The cheers of the crowd drown out the grunts of the gladiators and the roars of exotic animals down below.

By the 16th century, the arena was used for medieval tournaments, with the Knights of Malta competing against each other. More sounds of metal on metal, but this time not to the death just in jousting or mêlées.

Fast-forward two thousand years, and the ghosts of the past come flooding back as you take a walk around this historic arena. You can almost touch and feel the history as you explore this incredible UNESCO World Heritage site.

Nowadays, this stunning monument to ancient history is a more sedate affair.

You’re more likely to find film festivals, concerts, opera, ballet and sport inside the arena now. The 67th Pula Film Festival is due to take place in July with movies from around the world, while performances of Puccini’s Tosca and Bizet’s Carmen are also scheduled to take place at the arena during the summer months.

And, while the tunnels once used by the gladiators now house regular exhibitions of viticulture and olive growing in Istria.

There are even historical gladiator re-enactments that bring history back to life with amazing effect to get the pulses racing.

Visiting Pula is a must, but once you’re there every visit starts and finishes with a trip to the Arena.

To find more about our tours that give a true and authentic flavor of Croatia, simply speak to a member of our friendly and knowledgeable team. Our regional experts – many of them on the ground in Croatia – provide a bespoke level of service that is second to none. With their in-depth local and regional knowledge, our team looks after you from start to finish, delivering itineraries tailored to you and your needs, helping create an unforgettable experience for you and your companions. 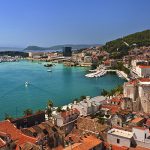 A day trip from Croatia to Piran, Slovenia