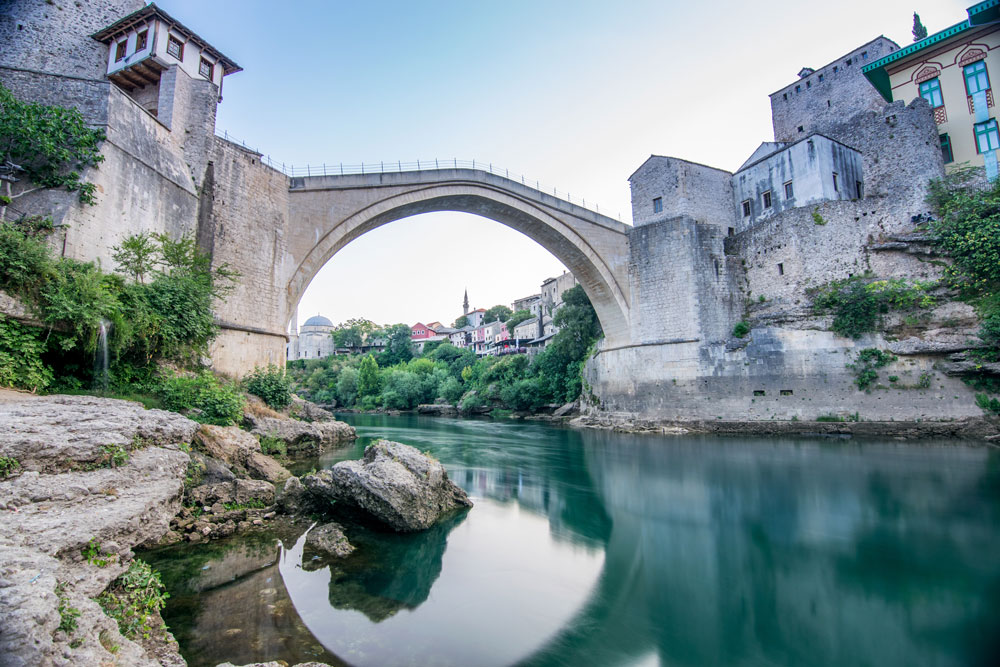 Just east of Croatia’s Dalmatian Coast, Bosnia and Herzegovina provides unique diversity in it’s culture and rich history. Mostar is well known by tourists for it’s bridge, and many make a day-trip to see the iconic architecture.

Mostar’s name actually comes from the term mostari or “Bridge Keeper”, which answers why much of this cities’ life centers around the bridge. Originally built by the Turks in 1566, The Old Bridge (Stari Most) is now a UNESCO Heritage Site. It was destroyed in 1993 due to the regional wars, but rebuilt in 2004, using some of its original pieces recovered from the Neretva river.
When visiting the bridge, you will see members of the Mostar Diving Club 24 meters above the water (depending on water levels), looking down at the cold water below. Due to the fast current below, very few people successfully complete the dangerous jump off the bridge. While it is possible for tourists to join them, you need to be trained first. For a fee, the divers club will train you how to jump properly into the churning waters below without injuring yourself. Or in you’re like me, you’ll find a good spot in the shade to watch as the brave one’s make their jumps.
Of course, I urge you to plan a meal with a view of the bridge, and to explore every angle of it. But I would also like to share what else Mostar offers that surprised and shocked me during my first visit. 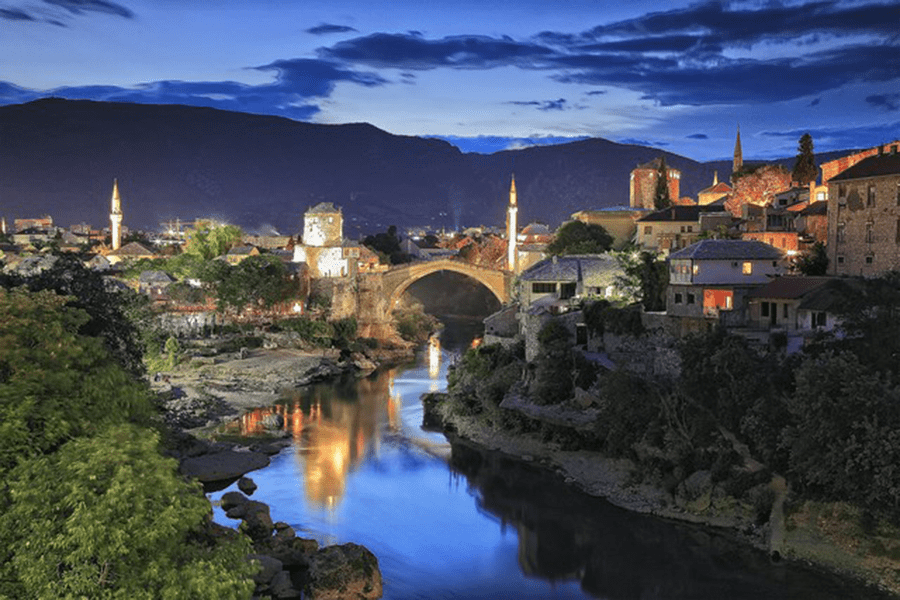 Historically, Mostar has always been a city home to various ethnicities and religions, which is showcased in the unique variety of buildings. You’ll find churches, synagogues and mosques here. The minarets of the mosques are prominent features of the Mostar skyline. Just behind the far end of Coppersmith’s Street, you’ll come across the Koski Mehmet-Pasha Mosque. This striking mosque is open to the public and I strongly encourage you to visit. You can climb one of the minarets for a spectacular view of the Old Town.

Mostar is exemplary for the situation of Bosnia-Herzegovina. It used to be a paragon of tolerance and was known as the city which had the most mixed marriages of former Yugoslavia. Founded in the 13th century, the city has a rich Ottoman, Austrian-Hungarian and Yugoslavian history that is still visible as you stroll the winding streets today. Thanks to the river Neretva, which runs through the city, Mostar served as a trade city for those who traveled from the Adriatic Sea to the Balkan midlands.
A significant portion of the city has been rebuilt and visitors might be surprised to see that this formerly war-torn city is a lively and beautiful destination once again, particularly in the area within and around the old town. However, many visible signs of Mostar’s troubled recent history remain, a reminder I appreciated.

Knowing the countries complex past, it is not a surprise that the cuisine is a special blend of flavors as well. A variety of dishes coming from East and West are combined in ways that are a pleasant surprise. And if you are a coffee lover, Bosnian coffee is not just a drink. Both preparing it and drinking it is a special local custom that is meant to be enjoyed slowly and among friends. In fact, if you drink too quickly you’ll end up with some of the grounds in your mouth. Drinking slowly and waiting for the appropriate time for everything to settle is what ensures the perfect cup of Bosnian coffee.
0
Adventures Croatia Travel Blog 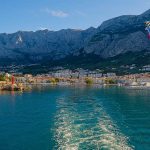 Been to Croatia? Here’s where to visit next 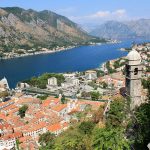