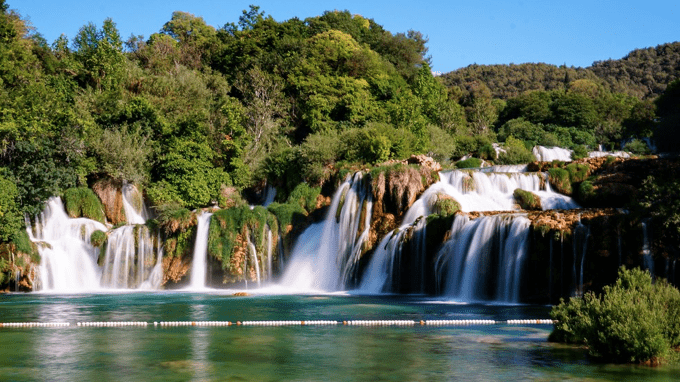 Aside from being a hotbed of exceptional beaches, food, wine and incredible scenery, Croatia is also a country that’s filled with ancient history, architecture and culture.

So much so, several sites have been acknowledged by the UNESCO organization as some of the most prized in the world. With 10 World Heritage Sites (and a further 15 under consideration), Croatia is a melting pot of stunning architecture and natural phenomena, all with influences from ancient civilizations and celebrated eras like the Romans, the ancient Greeks, the Renaissance and the Venetian Republic.

But what is UNESCO and what is a World Heritage Site? And, more importantly, where can you find these incredible places in Croatia?

Here’s our ultimate guide to the country’s most prized architectural and natural possessions, all on UNESCO’s list of World Heritage Sites.

UNESCO stands for United Nations Educational, Scientific and Cultural Organization, an organization that seeks to build world peace through international cooperation in education, the sciences and culture. Founded in 1945, it sponsors projects that strive to improve literacy, provide technical training and education, advance science, protect independent media and press freedom, preserve regional and cultural history, and to promote cultural diversity.

What is a UNESCO World Heritage Site?

Those on the World Heritage Site list are said to have ‘outstanding universal value to humanity’ and are protected for future generations. Places as diverse and unique as the Pyramids of Egypt, the Great Barrier Reef in Australia, the Galápagos Islands in Ecuador, the Taj Mahal in India, our very own Grand Canyon, or the Acropolis in Greece are examples of the 1,007 natural and cultural places currently inscribed on the list. And yes, some of those Croatian places on the list sit proudly next to world-famous locations such as the Pyramids.

What World Heritage Sites are in Croatia?

In total there are 10 World Heritage Cites dotted around Croatia, which means that wherever you are in the country there’s always one just around the corner. Here’s a complete list:

This unique place features natural dams, which, over time (and thanks to water flowing over the limestone and chalk) have created a series of connecting lakes, waterfalls, and caves. The nearby forests are home to bears, wolves, and many rare bird species.

Historical complex of Split (including the Palace of Diocletian)

Originally built by Roman Emporer Diocletian in the fourth century AD, the cathedral was added in the Middle Ages. In subsequent eras, this complex has seen Gothic and Renaissance churches and fortifications added, as well as Baroque architecture.

A prosperous maritime republic in the Middle Ages, the city-state of Dubrovnik once rivalled Venice. Now a bustling, historical part of a bigger city, it still retains its considerable charm.

Episcopal Complex of the Euphrasian Basilica in Poreč

This complex dates back to the sixth century and is one of the best examples of early Byzantine art in the Mediterranean region. Inside the complex, there’s the basilica itself, a sacristy, a baptistry, the bell tower and the archbishop’s palace.

This incredible town was influenced by the Greeks, Romans and Venetians and is the best-preserved Romanesque-Gothic locations in all of central Europe. There are castles, surrounding walls and a number of buildings and palaces that are fine examples of Romanesque, Gothic, Renaissance and Baroque architecture.

Cathedral of Saint James in Šibenik

Reckoned to be one of most important Renaissance architectural monuments in the Adriatic region, this cathedral is a triple-nave basilica and boasts a 32-meter-high dome.

This stunning agricultural landscape was created by ancient Greek colonists in the fourth century BC and is still in use today, its ancient, patchwork quilt-style layout almost completely preserved.

This style of medieval tombstone complexes first appeared across Croatia, Serbia, Montenegro and Bosnia and Herzegovina in the 12th century. They feature a wide range of decorative motifs and inscriptions that represent the medieval period.

Venetian works of defence in Zadar

Comprising 15 components, this system of walls and fortifications originally spanned 1,000 kilometers between the Lombardi region in Italy and down the north Adriatic coast. The defences were built to guard against changing military techniques after the introduction of gunpowder in combat.

Primaeval Beech Forests of the Carpathians in the Northern Velebit National Park, Paklenica

What UNESCO calls a ‘transboundary site’ the type of trees featured in the forest are shared with Albania, Austria, Belgium, Bulgaria, Germany, Italy, Poland, Spain and others), which demonstrates the beech’s tolerance and fortitude against climactic changes.

To find more about our tours that give a true and authentic flavor of Croatia, simply speak to a member of our friendly and knowledgeable team. 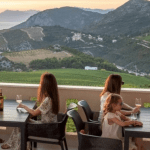 Croatia Is Open To US Travelers 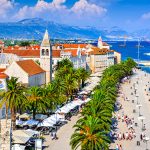