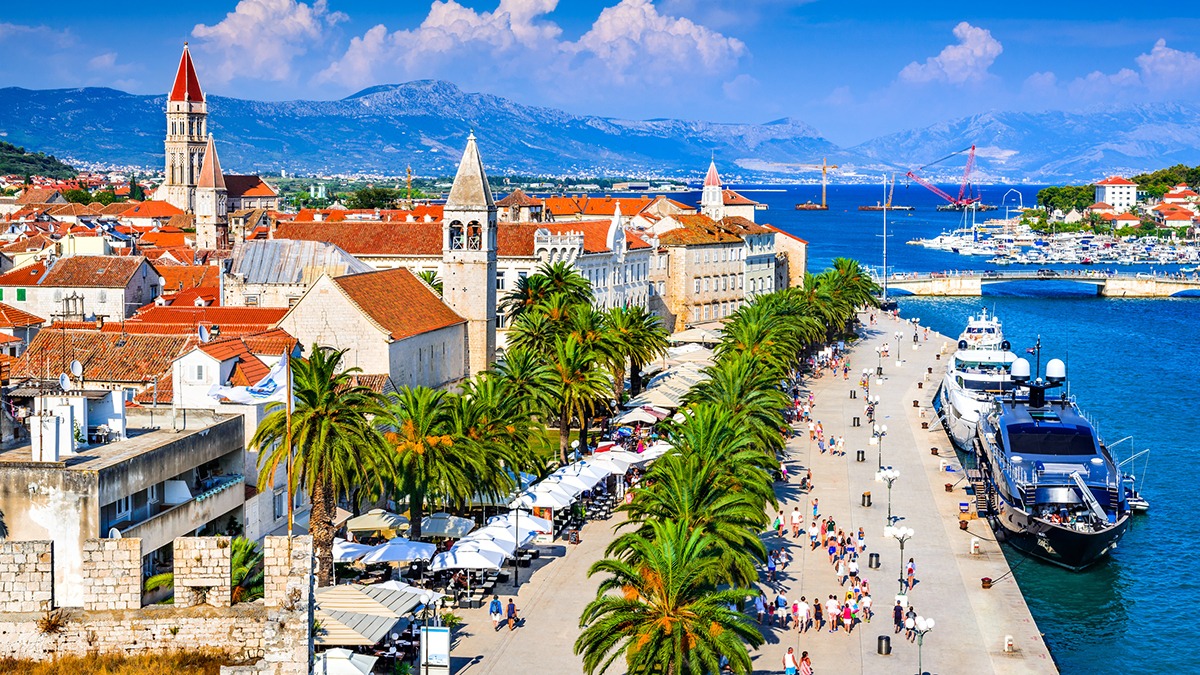 If you’re thinking of taking a trip to Croatia, the chances are that you’ve had your eye on a summer vacation during the months of July or August.

It’s not hard to see why – the country is on the coast of the Adriatic and neighbors Italy, so Mediterranean-like temperatures in the summer make for lazy, sun-kissed days on the beach, swimming in the warm ocean or exploring its many islands. Perhaps you want to dine al fresco and experience some of the country’s stunning food and wine while gazing at a coastline sunset. Or perhaps you’re more active-minded and want to try your hand at sea kayaking, cycling or hiking in lush countryside.

It’s what summer’s made for.

Summer months in Croatia can be a relaxing, get-away-from-it-all break, or a history and culture-packed sightseeing adventure. With every town boasting either Roman, Medieval or Renaissance-era treasures, there’s something there for everyone.

But Croatia is open all year round, and there’s both value and sense to visit outside of the high-peak summer months. With eight national parks in the country, and all-year-round festivals and activities, the country is a great place to explore whatever month you visit.

Before we give you our ultimate visitors’ guide to the calendar year in Croatia, it’s worth having a look at how the temperatures change in the country and how the seasons come and go. If you’re climate-dependent, checking the average temperatures is the best place to start.

Coastal areas like Istria in the north and Dubrovnik in the south boast average temperatures of 77ºF during the warmest month of the year (July), and 13 hours of sunshine in August. But, summer being summer in central Europe by the coast, you can expect highs of around 90ºF during these two summer months.

August is also the best month to swim in the sea with an average water temperature of 77ºF.

When it comes to the winter, anything colder than 41ºF on the coast is considered freakish weather. But it’s a different story the further inland you go, however, with temperatures consistently dropping below freezing, with snow commonplace.

Temperatures in spring are warm and balmy, and the season really begins to hit its stride by mid-March.

Spring is one of the best times to visit the country because the weather isn’t too hot, and the crowds you see during the high seasons haven’t appeared yet. The pleasant weather also makes it a perfect time to enjoy more active pursuits both on the coast and inland.

The vernal season in Croatia is also a time of Christian festivals and Easter, and colorful processions take place on the islands of Hvar and Korčula and throughout the country.

April is also the time of the Music Biennale festival in Zagreb, which is held every odd-numbered year and features contemporary classical music by major international artists.

In short, March, April and May are great times to visit the country – the sun is out and there’s a real sense of renewal and happiness, with plenty of unfettered sight-seeing and culture-vulturing to be done.

If you’re a sun chaser and enjoy the hustle and bustle of crowds, nightlife and that special hum in the air only summer provides, visiting Croatia during June, July and August will be for you.

Many of the locals head to the coastal towns and resorts during these months to take their own vacations, so coastal hotspots like Dubrovnik, the islands of Hvar and Brač and historic Istrian towns in the north like Rijeka and Pula get very busy.

That’s not to say they should be avoided – because they provide incredible, historic sites and are full of energy and fun – but it’s worth preparing yourself.

Island hopping is also hugely popular with visitors during the summer months, and there’s nothing quite like hopping on a boat or yacht and exploring the nooks and crannies and taking a dip in the cooling Adriatic at your leisure.

Another feature of Croatian life during the summer is the music festival. Whatever your taste in music – whether it be rock, reggae, classical or electronic dance music – the festival scene has exploded in the country over the past decade, and these events usually take place in stunning island and coastal locations. If dancing the days and nights away is your thing, one of Croatia’s music festivals is definitely worth attending.

All in all, summer in Croatia is perfect for those who want to feel the sun on their faces and experience all the great food, wine and nightlife the season offers.

However, some visitors want the sun and the sea without the crowds. With many Croatians heading to the coast, many inland towns and the country’s national parks become quieter.

Consequently, summer is a great time to visit these places and see the likes of Plitvice Lakes, Risnjak and Northern Velebit, as well as more of the country’s breathtaking inland scenery that’s a little more off the beaten track.

Our Top Music Festivals during summer

A weekend-long celebration of dance music on Zrće beach on the island of Pag.

Rock and indie music in Zagreb.

A week-long festival featuring the best in Hip Hop, Afrobeats and R&B on Zrće beach on the island of Pag.

The Park Mladeži stadium in Split plays host to some of the biggest names in electronic dance music.

A medieval church and other historic venues around Zadar features classical solo artists.

This reggae festival is something special – it’s held in the 19th-century Punta Christo fortress in Pula.

The biggest names on the techno scene DJ and play live in Kamerlengo fortress in Trogir.

Visiting Croatia in the fall

Fall in Croatia is another great time to visit.

The weather is still lovely and pleasant, and the summer crowds have returned home. If you visit in September, it’s still warm enough to enjoy the beaches and sea swimming. In fact, the clement, warm weather and sea temperatures can last into October, so there’s nothing to stop you taking advantage of the quieter resorts and beaches.

However, the end of summer season also means that some restaurants and bars close before the fall, so if you want to visit a particular establishment, it’s best to do your research beforehand.

The fall is also a great time to go inland and enjoy some more active pursuits. Hiking or cycling around some of the country’s jaw-dropping national parks is recommended during September, October and November – the landscape has changed color, leaves and trees look stunning and the cooler climate lends itself to exploring.

Also look out for some epicurean treats during the fall months – there’s the Kestenijada chestnut festival in October, a prosciutto fair in Istria in late October, and throughout October there’s the Ziganti Truffle Days, a season-long celebration of the gourmet delicacy.

Deep in the forest of Lika, 16 hidden lakes on different heights flow into each other, creating the most beautiful cascades and waterfalls in a variety of colours that change all the time.

Over thousands of years the water of the Krka River has cut a deep canyon through the mountains of Sibenik’s hinterland. Visitors can admire this force of nature from both sides of the river; from the top to the foot of the park, and back on the other side.

An island park located on Mljet island in the Dubrovnik archipelago. In the park you will find the most pristine forests, two unique saltwater lakes and numerous cliffs, coves and tiny islands.

The Kornati archipelago in Northern Dalmatia comprises a collection of almost 150 uninhabited and unspoiled island and islets and has been described as a ‘sailor’s paradise’.

Along the Istrian coast, not far from Pula, a group of 14 islands make up the Brijuni National Park. Its largest island, Veli Brijuni, boasts genuine dinosaur footprints and Roman ruins.

Visiting Croatia in the winter

Despite the plunging temperatures, Croatia turns into a winter wonderland during the months of December, January and February.

Journey inland and it’s a different story, with snow often making the scenery breathtaking. You can ski in the Gorski Katar region in resorts like Platak (Lokvarsko Lake is also well worth a visit). Called ‘the green lungs’ of Croatia during spring and summer, Gorski Katar turns into a snow-covered ski-scape during the winter months. Sljeme, 30 minutes away from Zagreb, is also worth a visit if you’re looking to enjoy some winter sports.

Speaking of Zagreb, Croatia’s capital also boasts one of the biggest Christmas markets in Europe. Held in Ban Josip Jelačić Square and typically held between November 30 and January 1, it features an enormous Christmas tree, a tonne of sparkly lights and stalls selling Christmas food and beverages. Why not try the fire-roasted chestnuts and powdered sugar-flecked fritule (mini doughnuts)?

Elsewhere, there’s an opportunity to indulge your inner fairytale and visit some of the country’s castles, which look especially jaw-dropping in winter. You’ll find most of the castles in the north of the country in the Hrvatsko Zagorje region that borders Slovenia. One of the most evocative is Varaždin Castle, though Trakošćan is also well worth a visit.

One of the biggest Christmas markets in Europe, the city of Zagreb transforms into one big Christmas market during December. You can find wooden stalls selling authentic souvenirs, homemade cheese, smoked meat products and winter street food.

The coastal city hosts the second largest Christmas market in Croatia, with much of it held in the seafront promenade in the city center. You’ll also find stalls dotted around Diocletian’s Palace (a UNESCO World Heritage Site) selling mulled wine, homemade rakija (brandy), and local food.

Not to be outdone, the Pearl Of The Adriatic has its own Winter Festival, which runs from the middle of November all the way through to spring. Advent, New Year’s Eve, the Festival Of St Blaise, Valentine’s Day and the Dubrovnik carnival are all covered under the umbrella of this celebration of winter.

Starting on St Nicholas’s Day (December 6), this relatively young festival is the first and only plastic-free Christmas market in Croatia. The coastal town’s park is all lit up and there’s also open-air music to enjoy.

When is the best time to visit Croatia?

Each of the seasons has something different to offer, and that’s no different in Croatia.

If you want to avoid the crowds but still enjoy warm weather, spring and the fall are excellent seasons in which to visit. You can eat well, drink well (check out the foodie festivals in the fall!) and enjoy time on the beach, but also take your time sight-seeing and exploring all the incredible history and culture on offer.

Because spring and the fall are cooler, it’s also a great time to get on a bike, go for a hike or undertake a more active way of exploring.

When it comes to summer, Croatia really does come alive – the Adriatic glistens invitingly, the sun is hot and there’s a real buzz around the coastal towns. With music and culture, as well as sunny spots to swim and frolic in the ocean, summer is golden.

But winter is also worth visiting – snow-capped inland resorts, fairytale castles and landscapes, and enchanting Christmas markets in the cities give Croatia timeless magic.

Whatever time of year you choose to visit the country, there’s something for everyone to enjoy.

The choice is now yours. 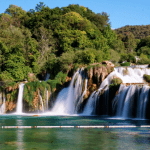 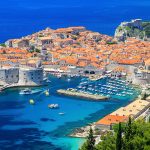