Places to Visit in Bosnia and Herzegovina 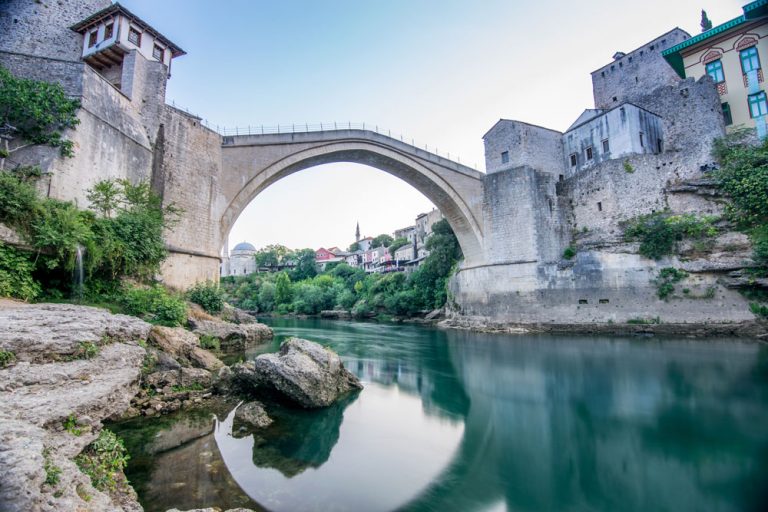 Places to Visit in Bosnia and Herzegovina

Almost half of the country is covered in forests, and much like Croatia it is very biodiverse. The geography and the long history to independence have made for some unique geographic wonders, architecture, and places to visit. Though there is a lot to see throughout the country, here are three places to visit in Bosnia and Herzegovina.

Known for its unique architecture, Mostar is one of the most well-known destinations in all of Bosnia and Herzegovina. The 13th century city is home to The Old Bridge, also known as Stari Most, which is a UNESCO World Heritage Site.

Stari Most was built in the 1500s, but was destroyed in 1993 during the regional wars. The bridge was rebuilt in 2004 using some of the original pieces that were recovered from the Neretva river that flows through the town. Today, visitors can see the Mostar Diving Club as they jump into the waters 24 meters below.

Visitors can also spend time exploring the old town of Mostar, which includes museums, mosques, and a unique variety of architectural styles. Much of the city has been rebuilt following the war, but the buildings that remained are a reminder of Bosnia and Herzegovina’s fascinating history.

Hugging the Croatian border is Bosnia and Herzegovina’s youngest national park, Una National Park. It was established in 2008 in order to protect the rivers and wildlife in the area. The stunning park has crystal clear water and is one of the most biodiverse areas in the Balkans.

There are many areas to explore within the park. One of the highlights is Štrbački buk, which is a terraced waterfall that is 25 meters high. Other waterfalls flow throughout the park, lined by hiking trails and viewing platforms to soak in the picturesque landscape. The trails throughout the park also pass by an old mosque, a monastery, and other historical locations.

Sarajevo claims the title of being the biggest city in Bosnia and Herzegovina. There is a lot for everybody to do and see in the city. The old town is where visitors can stroll through a busy marketplace and find local items such as tea sets, jewellry, and more. There are also many museums, explaining and showcasing the country’s complex history.

Before beginning the day of exploring Sarajevo, travelers may want to seek out a local cafe to try Bosnian coffee. The coffee is meant for slow sipping, as the grounds are settled at the bottom of the cup and may become mixed into the coffee if consumed too quickly. Don’t let this deter you, it is quite unique and rich!

Did you know that some of our tours already visit Bosnia and Herzegovina? You can also create your own bespoke tour to include any destinations that are a must-see on your list. Contact us today to start planning your journey! 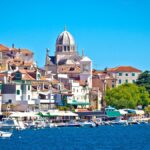 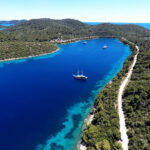