2017 brought some exciting news to the culinary world in Croatia! Croatia finally has its first ever Michelin star restaurant – restaurant Monte located in Rovinj.

This news spread fast in the media and everyone in Croatia had something to say about it. Some say the restaurant Monte deserves its Michelin star while others say there are much better restaurants that got overlooked. You may note that Michelin inspectors didn’t venture out to Dalmatia as they only included Dubrovnik but skipped Split during their inspection. Split has quite the booming restaurant scene, and smaller cities like Zadar and Šibenik have strong restaurant names, too.

Whatever the opinions are, this is a big deal for Croatian cuisine! Croatia is getting better known as a foodie destination and finally has been recognized by Michelin guide. In addition to Monte, that was awarded a prestigious Michelin star, 12 other restaurants earned a recommendation in the prestigious guide.

This is how Michelin described Monte: “The cool, contemporary style of this softly lit, romantic restaurant comes as a contrast to the old town, in whose enchanting lanes it is hidden. Creative and occasionally theatrical, the cooking is also somewhat of a surprise; using modern techniques to create beautifully presented, flavour-filled dishes.” Monte also was noted for its “particularly interesting” wine list. The restaurant is run by a husband and wife team. They offer prix-fixe 5-course and 7-course menu as well as an a la carte menu.

Notably, France is leading the world with the highest number of Michelin-starred restaurants, followed by Japan and Italy. Now, Croatia can join the list and start conquering the prestigious guide. There’s definitely a huge variety of gourmet restaurants in the country that are waiting to be discovered. There is rich culinary talent rooted deep in the country’s cooking traditions.

A famous mouthwatering Dalmatian Brudet is a traditional seafood stew. It is usually served with Palenta – side dish made of cornmeal. Palenta is an Italian word and the dish is of Italian origin. The Roman Empire ruled this region for a long time and it is reflected in the local cuisine until this day.

The cuisine of continental regions of Croatia differs and reflects the climatic changes. Longer and colder winters call for more calorie rich food – such as meats, soups, potatoes. Local cuisine also vividly reflects seasonal variations with winter and summer dishes and soup varieties. This cuisine shows heavy preference of meats versus seafood with available seasonal vegetable dishes of the season.

If you are a foodie and would like to get the best Taste of Croatia, stay tuned for updates on our next Culinary Tour of Croatia and Slovenia. But all our tours include hand-picked selection of the best epicurean experiences, gourmet restaurants, local wineries, dessert shops, etc. We believe that epicurean traveling and “tasting” the country is the best way to feel and understand the culture and the country and it completes your amazing cultural experience. 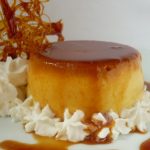 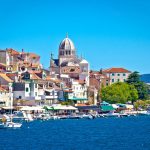