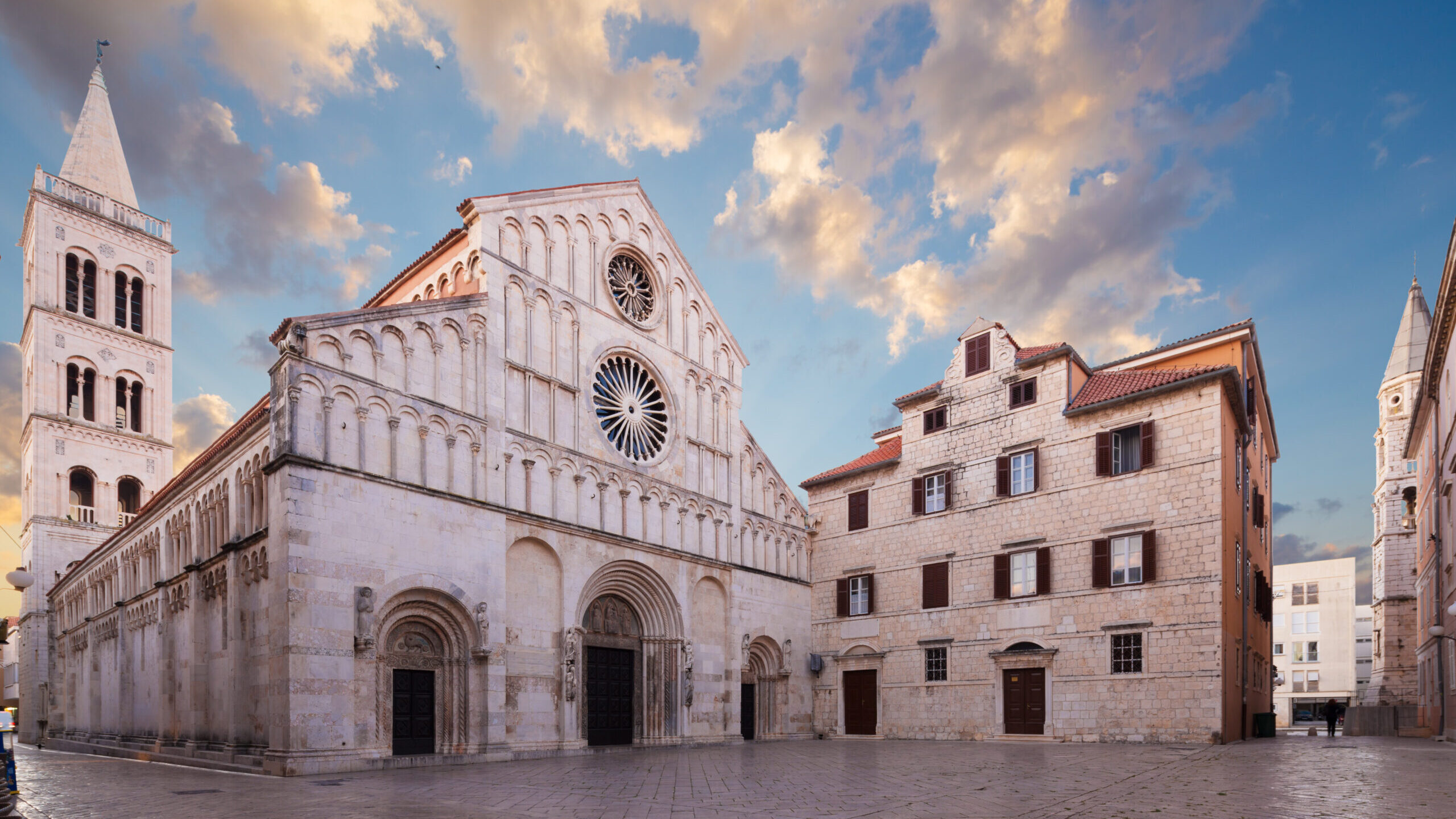 Zadar is an ancient city in Croatia with beautiful architecture, coastal views that stretch across the Adriatic Sea and a rich history that dates back over 3,000 years. Today, Zadar is seen as a bustling tourist location and one of the top destinations to visit in Europe. But what about Zadar’s history? How did it become the scenic city we know today?

Come with us as we take you on a journey through the history of Zadar, from the Roman Empire to Italian rule, all the way to modern-day and what to expect now from one of the most famous locations in Croatia.

Zadar History – Where it all began

Zadar began to form as far back as the 2nd century when the Romans invaded the surrounding land. This was the period when the main layout of the city began to take shape with the walls, road networks, gates and iconic historic buildings being erected during this time. Many of these sites, including the Capitolium, the Pillar of Shame and Roman Forum, still remain to this day and can be explored on tours of Zadar.

With this change came new residents as Croatian settlers began to migrate to Zadar. This period was considered the golden age of the city as it morphed into one of the biggest merchant centers of the Adriatic coast.

This prosperity had a great influence on the architecture of the city as the money coming in from trade was thrown into building unique structures. Zadar became one of the first cities in Dalmatia to build gothic churches. The Monastery of St. Francis of Assisi and the Church and Monastery of St Dominic were built during this era and remain some of the oldest gothic churches still standing today.

If you’re interested in observing these beautiful churches, they can be added to a custom tour of Zadar. Speak to our friendly team here at Adventures Croatia and we can help organize a vacation tailored to your preferences.

The rise and fall of The Republic of Venice

With this new found renown, Zadar soon became a threat to neighboring areas who wanted to claim the success of this fast developing trading city as their own. The Republic of Venice took it upon themselves to attack Zadar numerous times in hope of obtaining rulership over the thriving trading town. Eventually, after multiple attempts, Zadar was sold off to Venice by the Hungarian King Ladislas of Naples in 1409 for the price of 100 thousand ducats.

Now part of the Republic of Venice, Zadar was at risk of attacks from the Ottoman Empire. City walls were strengthened and a new fortress was built to defend Zadar against the looming threat. This ultimately changed the city’s appearance, giving it a mix of Roman and early Italian influence on the architecture seen around the city today.

For a short period, Zadar was ruled by the French following the fall of the Republic of Venice. This lasted 8 short years, until Austria took claim over Zadar. In this period of the early 19th century, Zadar saw many changes that tried to modernize the city and implement social reforms that crafted Zadar as a cultural hub. It became the administrative center of the Dalmatian coast where the first ever Croatian newspaper was printed. Zadar University was re-established and the National Museum was built, changing it from a trading town to a modern European city.

Austrian rule over Zadar lasted until 1918.

When World War I ended, the Austro-Hungarian Empire broke down resulting in Zadar being taken over by Italian rule. It remained this way for many years and throughout the Second World War until it was passed across to Yugoslavia and Zadar officially became a city of the former federal country in 1947.

The city faced a lot of damage due to bombings during World War II and required a lot of time and money to rebuild it to its former glory. But it didn’t last long before the city was to experience devastation again.

In 1991, Croatia declared independence from Yugoslavia resulting in a 4 year war causing damage to the city again including numerous historical monuments being destroyed. Once Croatia gained its independence, Zadar was liberated and officially became a city of the Croatia we know today.

Croatia focused on rebuilding Zadar into a cultural hub and prioritized improving the infrastructure and modernizing the city as a tourist destination. A big modern port and a passenger terminal called Gaženica was built to improve entry into the country for tourism and trading purposes. With its wealth of historic and modern wonders, a local airport and motorway that runs straight to Zagreb, it made sense for Zadar to become a tourist hub on the Dalmatian coast.

Zadar as we know it today

Despite its long and winding history, Zadar is a thriving city of beautiful architecture and modern sights. It has truly made a name for itself in the top European cities to visit. From green parks to Roman ruins, with its gorgeous coastal views and unique landmarks such as the first ever sea organ, the peninsula makes for a great day of exploration.

To discover more of the history behind the city of Zadar, contact our specialists who can tell you more on the spellbinding history that has shaped the city into what it is today. Or if you would like to organize a historic tour of Zadar or perhaps incorporate a trip to the endearing coastal city into your Croatian journey, contact our team today. We can help you start planning your dream vacation. 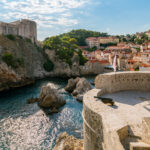 Tantalize Your Taste Buds With The Best Croatian Seafood Dishes 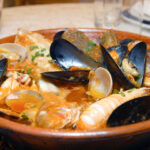