Reviews on Travel in Croatia

Reviews on Travel in Croatia

With beauty unparalleled, Dalmatia has risen to the top of everyone’s “must see” travel destinations that will leave you with a lifetime of exquisite memories. 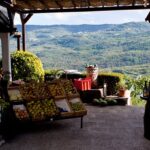 Croatia is a Top Travel Destination for 2013