Made in Croatia: Hollywood’s Shining Discovery

Made in Croatia: Hollywood’s Shining Discovery

Ever wonder how Hollywood manages to find some of the most diverse backdrops possible? Well, part of it can be attributed to Hollywood magic or special effects. However, sometimes Hollywood producers actively seek out diverse locations with many different landscapes and interesting architecture to help them tell their stories. In this, many have found that Croatia fits the bill. Hollywood producers have found that because of Croatia’s rich, diverse scenery, no special effects or movie magic is required to simulate all kinds of fascinating environments. In fact, Hollywood has – by stealth – introduced the world to many parts of our small but diverse country through several movies and TV shows. Here are just a few.

In short, Croatia’s diverse scenery has made the country a perfect setting for Hollywood producers who are seeking majestic mountains, lush, flowering fields, magnificent architecture and rustic, villages full of old world charm. Plan a custom excursion in Croatia with us and see what Hollywood has discovered for some time and continues to see in our wonderful country. 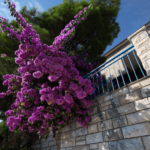 Spring in Croatia and its Most Beautiful Flowers 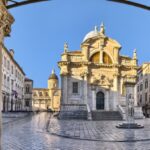