In response to the heartbreaking news coming out of Croatia regarding a recent earthquake, we have been in touch with our ground team based in Pula and compiled the following report concerning the events that impacted a small area of central Croatia earlier this week.

On Monday December 28th and Tuesday December 29th,  two powerful earthquakes hit central Croatia. We are sad to report that at the time of writing, the earthquakes of 5.2 and 6.4 magnitude have claimed seven lives and injured 25 people. All of us at Adventures Croatia have been deeply saddened by this difficult news, and our utmost sympathies are with the families and loved ones of all those affected as well as the people of Croatia.

The epicenter of the earthquake was in the small village of Petrinja, which has been significantly damaged. Fortunately, Croatia’s excellent emergency teams, as well as the Croatian Mountain Rescue Service, have so far been working around the clock to rescue people from rubble with the aid of rescue dogs. Professional rescue efforts have arrived from across the country, with experts traveling to Petrinja to assist with the search and recovery efforts. Croatian government officials including Prime Minister Andrej Plenkovic also swiftly arrived at the affected villages to provide support and assistance to the rescue effort. The government has so far provided delivered over 500 army barracks to house those impacted, in addition to securing accommodations in nearby hotels for anyone who has been evacuated. “No one must stay out in the cold tonight,” the prime minister added.

Earthquakes of significance are extremely rare in Croatia with the US Geological Survey commenting that Tuesday’s earthquake was the largest to occur in Croatia since the introduction of modern seismic instrumentation. The only other previous earthquake of a similar size occurred as far back as 1880 in close proximity to Zagreb.

With Croatia forming part of the European Union, there will be robust assistance to help rebuild the affected villages and repair those livelihoods that have been impacted by the earthquake. In a recent tweet from the EU Commission President, Usrula von der Leyen, she said the EU stands by Croatia and is ready to help with the recovery effort.

At Adventures Croatia, we want to assure all of our clients with trips planned for 2021 that we do not expect the aftermath of these earthquakes to have any impact on future trips. At present the damage is largely restricted to the villages of Petrinja and Sisak, in the region of Banovina within central Croatia and away from tourist areas of Dubrovnik, Split, Zadar, Pula and the coastal regions of the country most frequented by tourists.

As a business with an office, team, and partners on the ground as well as a legacy of working within Croatia we are following the news closely and are sending our thoughts and prayers to everyone impacted by this difficult situation. Our CEO Pamela Robinson had the following comments.

“At the end of such a challenging year, our hearts go out to everyone affected by this disaster: those who have lost their homes, those who have lost loved ones, as well as the emergency service workers who will no doubt be working tirelessly in their recovery efforts over the coming weeks.  Adventures Croatia will be donating to the Croatian Red Cross to support their vital humanitarian assistance in the aftermath of this tragedy. If you wish to also make a donation, please visit their official website for more information”. – Pamela Robinson

We will continue to monitor this situation as well as maintaining daily contact with our teams and friends in Croatia. If any current or potential future travelers have any questions or concerns regarding this event, we have teams in both the United States and Croatia who are ready and waiting to provide you with support and clarity with regards to your travel plans.

We want to take this opportunity to wish everyone a happy, healthy and safe New Year and ask you to spare a thought for those in Croatia currently dealing with these saddening events. 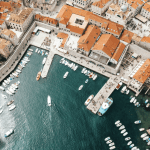 What are the Adventures Croatia team looking forward to in 2021? 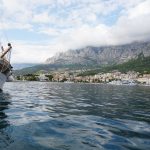